Are you considering to invest in the Dewalt DCF887B? I’m sure many of you have used drills for your woodwork and the like, and it’s tough! Rather than using heavier and bulky drills for the job, I always recommend impact drivers, with Dewalt always surpassing expectations.

However, there are so many models from the Dewalt brand, that it’s difficult to choose from the many. That’s why I decided to do my research and reviews on the top three models of the brand, including the Dewalt 887. So read on as I show you more of my reviews and comparison between these models. 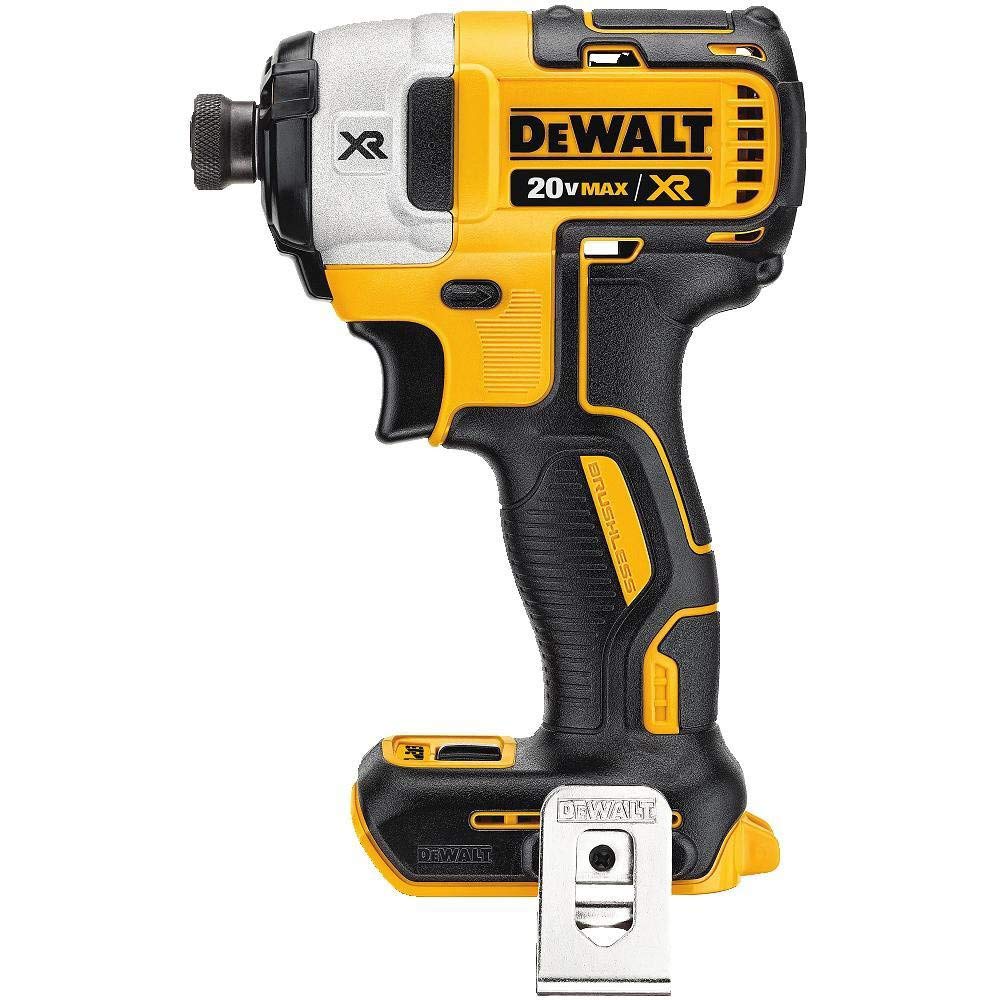 I want to begin with the Dewalt DCF887B, which is honestly my personal favorite of all three! This one has a brushless motor and runs for more time on just one charge compared to brushed motors. Besides this, it’s quieter and runs cooler than other motors, putting out 1,825 inch-pounds of torque!

Furthermore, the motor has the ability to speed up to 3,250RPM and up to 3,600 impacts per minute on high gear. So you can sink in your driver into just about ANY wood or material with ease, ready to do whatever work you need done.

It’s also got an all-metal transmission that has three gears, making it more powerful, but heavier. However, it’s not that heavy and only weighs less than three pounds without the battery.

This three-speed transmission has a variable-speed trigger, so you can adjust it according to your needs. Changing bits is also easy to do as required, only needing one hand. The impact driver can accept different measurements of bits.

As for its other useful features, there are LED lights on the model. They operate on 20-second shutoff delay for safety and run on battery. However, this package has no battery included but is compatible with 20V MAX VR battery packs from Dewalt. 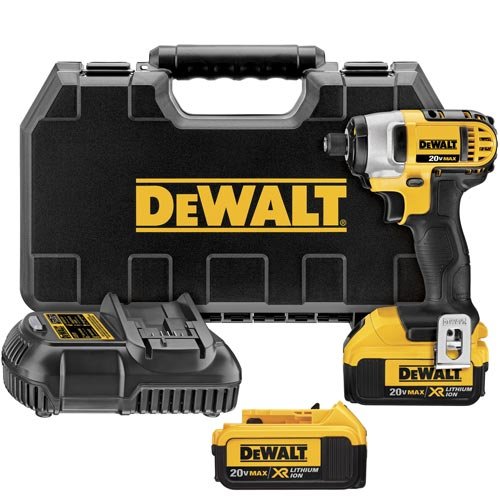 This impact driver is actually the upgrade to the DCF885, and it shows! While the older model has a brushed motor, this one comes with a brushless motor. As a result, you have more runtime with the battery, it would run even cooler and has a longer life than brushed motors.

So if you’re going to use your impact driver a lot, then it’s best to use a brushless motor like the DCF886B.

This impact driver comes with a maximum torque rating of 1,500 inch-pounds. It also has the power of up to 2,800RPM and 3,200 impacts per minute. All that power coming from a tool that only weighs two pounds!

For its extra features, there are three LED lights around the driver’s collar, which illuminate well as you work. They light up for 20 seconds after releasing the trigger.

Note that because it’s a DCF886B model, the B stands for BARE tool. There is no battery but is compatible with battery packs from Dewalt. It also comes with a tool belt clip and efficient money-back guarantee and warranty from Dewalt themselves. 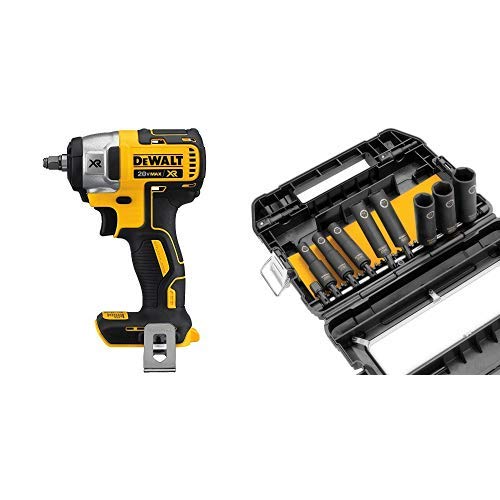 Last but not least, I have the DCF895C2 impact driver, which has two battery packs, which offers more power.

I like this driver because it’s the most compact of all the models mentioned. So if you plan to drive fasteners overhead or in right spots, this is your best choice. Furthermore, it weighs only three pounds with the battery.

However, since it’s compact, expect it to have less power. It has a maximum torque of about 1,500 inches-pounds and isn’t as quick. The highest is about 2,850RPM from its three-speed transmission. Furthermore, it offers up to 3,300 impacts per minute, which is adequate enough but not the most powerful.

For a more compact size, you get less speed and power. But you’ll like it since it also has a brushless motor, offering more battery life and runtime. As for its body, it has no clutch but a hex chuck with accepts hex shank bits only.

Like the Dewalt models I mentioned here, it has three LED work lights that switch on for 20 seconds. It also uses two battery packs which charge in an hour or less.

Which Dewalt Impact Driver Is Best For You?

For those who want the combination of both power and flexibility, investing the Dewalt DCF887B.

Impact drivers are such handy tools I love and appreciate for its power and size. Plus, they’re comfortable to use without twisting your wrist, with Dewalt surpassing expectations. But which of all these models are best suited for you?

For those who want the combination of both power and flexibility, investing the Dewalt DCF887B. You also get a brushless motor with a compact size, as well as a 3-speed transmission for more control. Furthermore, it has maximum torque compared to the other three models.

However, if you don’t need or want the three gears and aim for simplicity, the DCF886 is your best bet. It’s simple yet powerful, though comes as a bare tool so you need to invest in batteries. It’s also quite affordable, making it a good option for those on a budget.

For those who want the complete kit that comes with the impact driver, charger, batteries, and everything else, then the DCF895 is the way to go. It’s not as powerful as the Dewalt DF887 but still offers the precise performance. Plus, it’s the most compact of all three models if that’s what your main focus is.

With the many different types of impact drivers available today, it’s confusing knowing which is right for you. Through learning about the reviews and evaluating your needs, you can choose the suitable one for your wants and needs. It’s actually easy and worth the time researching for quality impact drivers you’ll use in the long run.

I hope that this article on the Dewalt DCF886, DCF887B, and DCF896C2 helped you out! So don’t wait any longer and look into any of these impact drivers to invest in now.

If you have any questions or want to share your own reviews or comparisons of the DCF885 vs DC887, then comment below. Your thoughts are much appreciated.