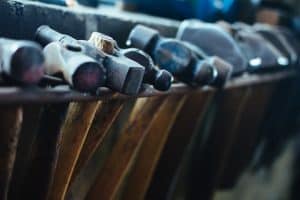 When it comes to the tool you are most likely to find in any toolbox, the winner is going to be ‘a hammer’. Some people think it is just for nailing but there are so many kinds out there and so many uses … well, we thought that we thought it might be nice to explore them a little as a way of praising the tool that gets so little credit but does so much work. We’re going to explore their forms, functions, and go into a few specialty varieties as well, with the hope in mind of inspiring a few out there who may not have considered a more specified hammer for the job. Just keep in mind that the terminology changes a bit worldwide so if you feel that anything has been poorly described you should feel free to bring it up in the comments.

Now, let’s talk about the 25 most used types of hammers!

The hammer you know

The most common hammer that everyone knows, of course, is called the ‘claw hammer’. Claw hammers do come in different ‘flavors’ (such as framing hammers, for instance) but the one we know and love is typically wooden handled, with a flat head for striking nails and two curved prongs on the back for removing them (sometimes with cursing immediately after the nail has been driven home!). We’re keeping this one from the official ‘list’ since everyone knows about it, but here are some others that you might have used and maybe a few that you haven’t had the pleasure of using yet.

First we’ll start with the hammers which you see and use the most with standard construction. Many of these are somewhat specialized but used enough that most readers will be familiar with them. Here are some hammers you can see just about any day!

While it looks like a standard claw hammer, the Framing hammer has a waffle pattern on its head that is designed to help prevent slippage when it comes to driving nails in a wooden house frame. The design definitely minimizes ‘slips’ but can score the wooden frame, but this never been seen in the finished product so it is an acceptable trade.

When you need a hammer that can drive something home without demolishing it then a rubber mallet is your go-to hammer, the rubber mallet looks like you’d think. It’s a wide, double-headed hammer with a short handle. You can use it for knocking in plasterboard, working with sheet metal, upholstery, and more. The wide head helps you to deliver a sharp, more widely-distributed amount of force and this is what makes it a useful tool to have handy.

If you need to drive in stakes or demolish things then this is another fine hammer to have nearby. Wide and double-headed, the sledgehammer easily breaks up drywall, bricks, and concrete, depending on the size which you have selected. When you need to take something down fast this is a most useful hammer to have.

A Rip hammer looks like a claw hammer except it is a bit heavier and the ‘claw’ on the hammer is straightened out.

“It’s a useful hammer to have.

This makes it useful for framing, measuring, and of course, for ripping things up when it is necessary. It’s a useful hammer to have.

A Tack hammer almost looks like a double-sided, claw-only hammer. Of the two thin heads, one is magnetized, which means that you can stick a tack on the end of the hammer for tapping it lightly in place and then driving it home with the other end. This is especially useful in upholstering. 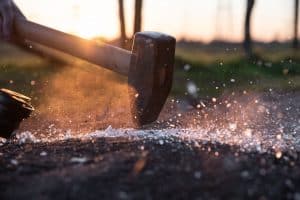 Planning to do a little metal shaping? The hammers in this section can help you to get that metal shaped the way that you need it. Let’s review some of the selections.

With a rounded double head (one thicker than the other) the Ball Peen hammer is great for closing rivets, rounding pins, and shaping in general.

Similar to the rubber mallet, a Dead Blow hammer typically has a plastic or a rubber head and sometimes employs a hollow filled with sand. It is designed for ‘soft’ hammering and is useful with automotive, woodworking, and other tasks where you need some force but want it more safely distributed.

This double-headed hammer has a larger head on one side which is flattened and the alternate head is a tapered and slightly rounded. This is what you would typically use for pounding metal on an anvil. You’ve likely seen it on television a time or two.

Another double-header, this hammer features a rounded and bulbous head on one side and a larger head with ends with a flattened, circular surface. Commonly employed in jewelerymaking, it is an excellent hammer for shaping soft metals to your own design.

With one head of the hammer being squared and flat, while the opposite head is a triangular wedge, the Cross Peen hammer provides a tool that is good for shaping jewelry but is also good for tacks.

This metalworking hammer has double-heads like the others, though in it’s case there is one large square head on one side and one smaller rounded head on the other. This allows for both pounding and shaping on hot metal with efficiency and finesse.

See also  20 Different Types Of Hand Saws And Their Uses 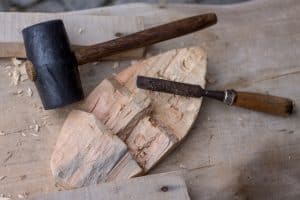 Some hammers are more specialized for carpentry and they are designed well for their tasks. Let’s take a peek at some of the most used woodworking hammers.

An excellent hammer for working with small angles, this hammer resembles a claw hammer except that it is smaller and has a straightened claw. This allows for the quick ripping out of smaller nails and it’s flat head lets you drive the nails with less worry about damaging the working surface.

While it is technically a hatchet, it has a hammer side and is often employed in camping, where it may be utilized for crude woodwork and other tasks.

This double-headed hammer employs one flattened end for driving nails and the other end is sharp and hooked, for ripping out drywall or a wood frame when you are hanging drywall. It’s a good hammer to have around.

A woodworking hammer composed entirely of wood, the Joiner’s mallet is easily recognizable by it square double-head design. These are great for working with chisels or simply tapping in joints together while preserving their fine surfaces.

The Cross Pein Pin hammer has two thin, rounded heads, with one side bearing a smaller head for detail work. These are excellent for cabinet making and for joinery work.

For masonry, demolition, and some other creative uses, these hammers work well with mediums of brick and stone. Here are some of our favorites.

You might remember this hammer from the famous ‘Shawshank Redemption’ movie but if, like ol’ Red, you’ve

“You might remember this hammer from the famous ‘Shawshank Redemption’ “

never heard of them a rock hammer looks like a small pick, with a curved ‘chisel’ side and a hammering side. These hammers are great for making holes in or splitting rock and even just for picking out stubborn vegetation.

A sledgehammer for masonry, instead of the double rounded head design of the standard sledgehammer, a Stone Sledgehammer has an oval striking surface on one head and a wedge-like ‘peen’ on the other/ This means you can break up stones and bricks or mark scoring lines as needed.

A Brick hammer looks like a claw hammer, with the exception that it has a square tip on the striking surface and the claw doubles as a chisel which you can use for scoring. Perfect for breaking bricks, if you are doing or have done some masonry then you’ve likely got one in your garage or your toolbox.

One of the stranger hammers to see, a Bushing hammer looks rather like a large meat tenderizer, with a double square head with ridges on both striking sides. These are often employed for making stone walkways less slippery or even just for aesthetics when making rough surfaces more manageable. 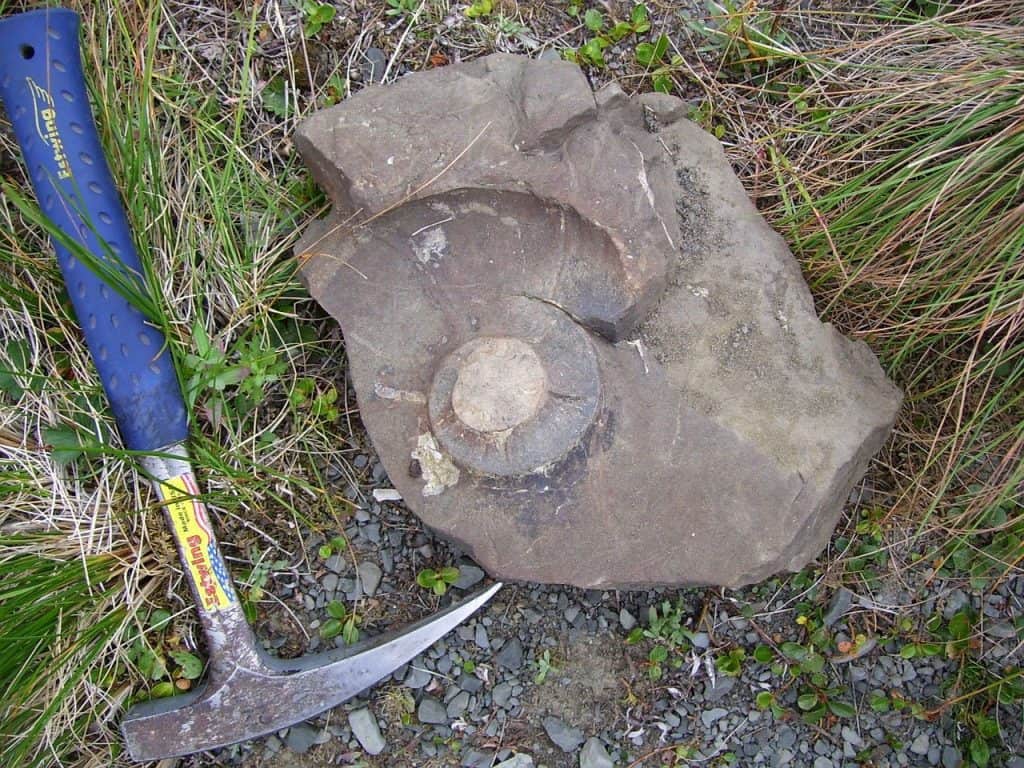 We’ve set aside a little space for some more specialized hammers that have been brought to our attention. Let’s explore some of the’ specialty hammers’ you can find.

Used for locomotive repair, this hammer features a rounded head and typically includes a ‘cross peen’ as well. That said, the term ‘engineering hammer’ is also used for larger ball peen hammers or even hammers with a rounded head, but the features are generally very close.

These hammers have a striking look to them, with a cylindrical, brass double head design that is great for hammering pins. These hammers are used quite often in both woodworking and automotive uses when there is work to be done and you need a lighter touch to preserve surface areas around where you need the pins driven.

This hammer is well-designed for roofing. The head is square and there is a small claw that lets you remove nails. Typically a spike is incorporated on one side as well, so that a hole may be driven in a shingle in advance to driving a nail (as the shingles can be damaged otherwise). You see these less often, as nail guns seem to be replacing them, but you can still see one every now and again.

If you see a claw hammer that looks normal with the exception of an extended head then congratulations, you’ve seen an Electricians hammer. That extension allows for hammering in harder to reach spots, The claw is also slightly less curved, as it is designed for removing fasteners and the hammer itself is insulated for safety.

Our last entry is the Piton hammer and while technically we could have put it in with the brick and stone hammers, we thought that since this one was the most fun that we might save it for last. The Piton hammer is, of course, for mountain climbing. Short and durable, it has a flat side for driving spikes into the sides of the mountain and it also has a chisel-claw on the other side as well that can break up rock to provide a better chiseling surface or simply strike into place to be pulled in climbing. Needless to say, these also come with the best grips!

Today we’ve talked about 25 of the most-used hammers that you will find in the world of tools. As you can see, even slight changes in shape and design can make a world of difference. It’s one of the pleasures of working with tools, after all. For those of you that found a new hammer or two on the list that you haven’t tried yet, why not give one a go on one of your next projects? For the others who knew every hammer on this list, well, we do have to say that we envy you a little. It’s nice to know that if you’ve got the experience and the expertise then you can always find exactly the RIGHT tool for the job.

DIY Data; “Different types of Hammers, what they are and what each is designed for”

Grainger; “Types of Hammers and their uses”

Home Stratosphere;”28 types of hammers for every job possible”